Welcome! I’m so happy you stopped by. 🙂 So you want to know a little bit about me? No problem.

My life is a romantic comedy. 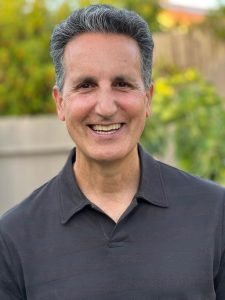 I’m happily married to a kiss monster and we live in San Diego, California. I believe in public displays of affection, silliness, infinite possibilities, donuts, gratitude, laughter, and happily ever after.

You’ll notice these things sprinkled throughout my writing, along with a dash or two of madness. Because life can get crazy sometimes, right? And you never know where it’s going to take you. Like when I decided to learn Spanish…

“But you don’t know anyone who speaks Spanish,” my family and friends said. “Who will you talk to?”

It was a valid question.

“I guess I’ll find someone,” I answered.

Why was I so gung ho on speaking Spanish? Good question. I loved Mexican food and Latin music. Was that reason enough? Probably not. But there was a strong force moving me to learn the language, so I just went with it. 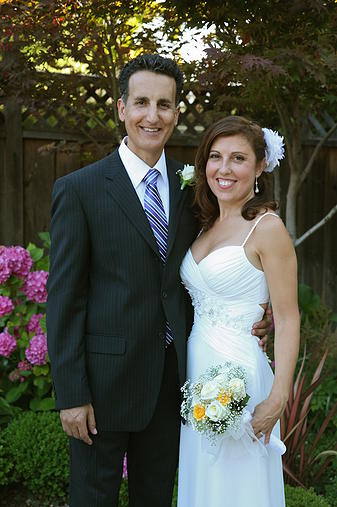 Fast-forward a few years to July 14, 2008. I was fluent in Spanish and organizer of a meet-up at Starbucks for people who were passionate about the Spanish language. In walked a woman with wild brown hair and a smile that could have easily melted the cheese on my favorite grilled eggplant sandwich.

I hope she speaks Spanish.

She saw my bright red Spanish dictionary on the table and sat down next to me.

“Hola,” she said, flashing another big smile that injected more energy into my system than the caffeine in my grande mocha.

I tried my best to sound casual. “Hola.”

Fast-forward almost two years later to June 26, 2010. We’re married. I believe in destiny. And I believe everything is connected.

My thoughts that day I met my wife in Starbucks? Wow, she’s so passionate and full of life.

Her thoughts that day she met me? How odd, this guy has no hair on his legs. Does he shave them? Is he a swimmer? Is he gay? 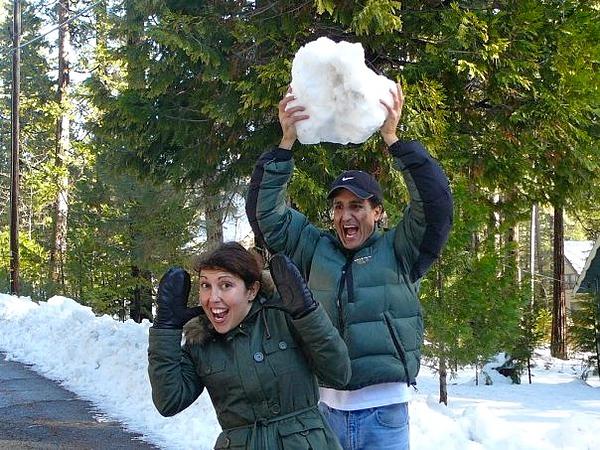 There isn’t a day that goes by where we’re not laughing about something or being silly.

When did you start writing?
My journey into fiction and becoming an author started in 2010 when my wife encouraged me to take a creative writing class at Stanford. I ended up taking four classes between 2010 and 2012. My first two novels are based on short stories that I wrote in those classes. I published my debut novel (Five Minutes Late) in August of 2014.

How would you describe your writing?
Light, fun, silly, crazy, and romantic—with a happy ending. 🙂 You won’t find any sex scenes in my stories, but you will find some adult language occasionally. When I go to the movies, I tend to gravitate towards comedies and romantic comedies, so my writing reflects that. I want my novels to be a fun escape for readers—nothing too serious or dramatic.

What did you do before you started writing full-time?
I worked “on the air” as a radio personality for some of the top radio stations in Silicon Valley. I’ve also had fun as a Wedding DJ and I’ve entertained at over fifteen hundred wedding receptions. 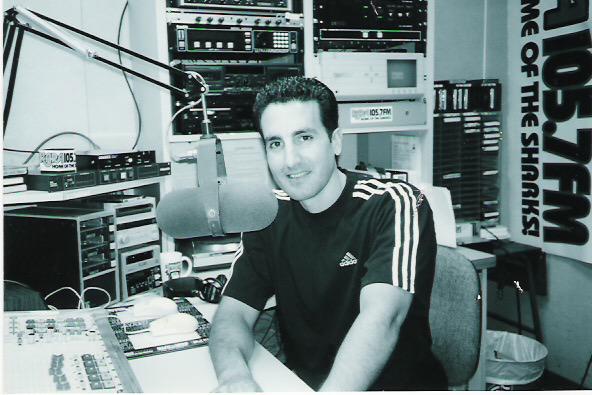 Can you tell me more about your wife?
I’d love to! She’s a Spanish teacher at a local high school. She’s also a published contemporary romance author (Silvi Martin). She’s amazing, beautiful, smart, funny, and sweet—and she loves to kiss every moment of every single day. That’s what happens when you marry a passionate Spanish woman. In fact, I was thinking of writing a book about her. I’m going to call it The Kiss Monster. 🙂 She inspires me and encourages me. Marrying her was the best decision of my life.

What are your plans for the future?
To keep on doing what I’m doing, writing two to three romantic comedies a year. I have the best job in the world!

Something’s not right. You’re a man and you like romantic comedies. Did you use to be a woman?
No.

Do you want to be a woman?
Not at the moment. Ask me again in six months.

What are your favorite movies?
You’ve Got Mail, Notting Hill, Meet The Parents, Serendipity, The American President, When Harry Met Sally, The Proposal, Runaway Bride, While You Were Sleeping.

Dude, those are total chick flicks.
Call them whatever you want. This dude is obsessed with them!

Do you want a free romantic comedy?

Subscribe to Rich’s newsletter and you’ll receive a free e-book and regular news and updates about his upcoming releases (and other fun things). 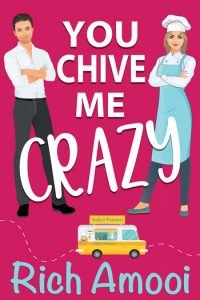 If you want to be notified when this book is ready, subscribe to my newsletter.