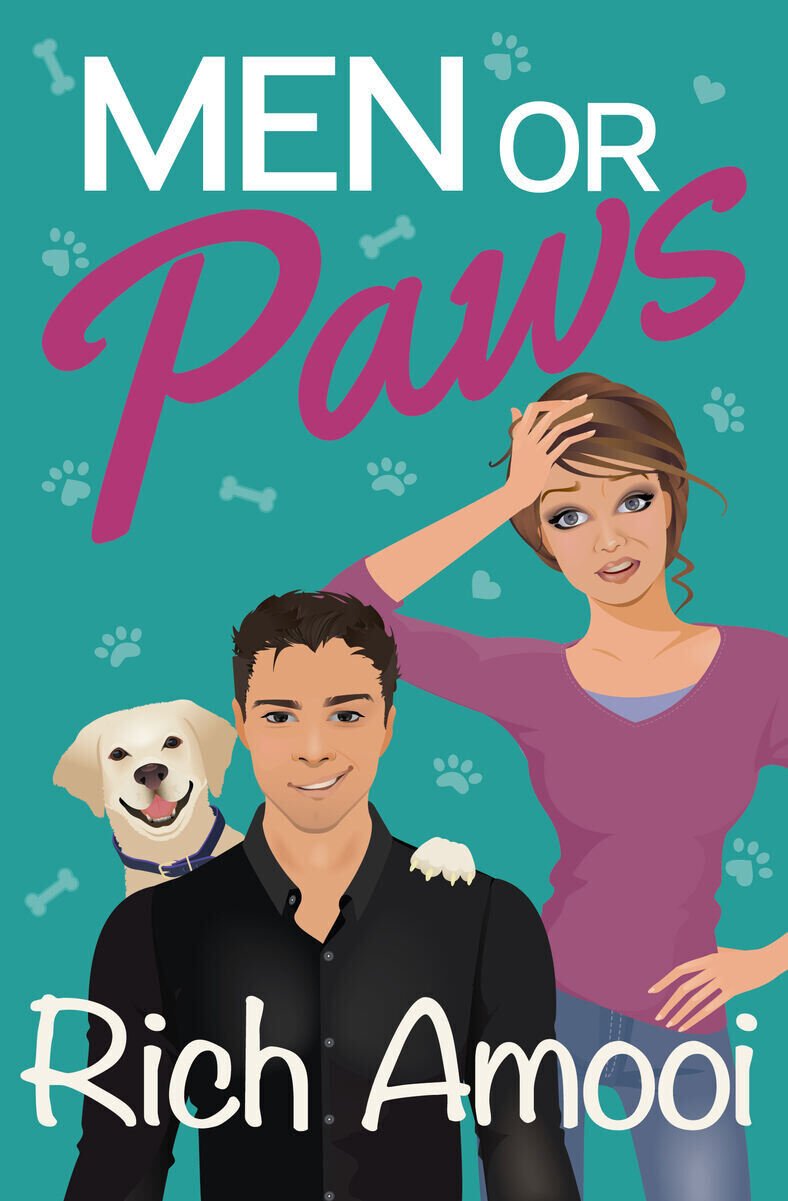 First, I have to stay in my client’s guesthouse while he’s in the main house working on an important project. That may not sound so bad, but HE is Hollywood’s Bad Boy, Rocco Romano, voted “Sexiest Man Alive.”

The guy could charm the pants off a mannequin.

Luckily he’s not my type.

My heart palpitations are obviously caused by something else.

As for the dog, he’s sweet and adorable, but he’s named Houdini for a reason.

Then I accidentally kiss him.

Rocco, not the dog.

The dog, not Rocco.

Things can’t get any worse, right?

Men or Paws is a hilarious, opposites-attract, closed-door romantic comedy with sizzling chemistry and a guaranteed happy ending.