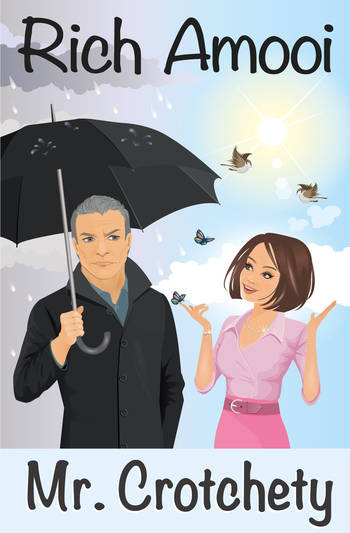 Shoe store owner Roger Hudson has a chip on his shoulder the size of Mount Rushmore. Hiring real estate agent Sally Bright, the most-annoyingly positive woman ever, probably isn’t the smartest move but she’s the best. Her constantly bubbly nature gets under Roger’s skin but there’s an even bigger problem. She’s also getting into his heart. And don’t even get him started on her dynamite legs.

Roger doesn’t fool Sally one bit. She knows his crotchety act is as fake as her best friend’s Gucci bag. She’s dealt with his type before but selling his home is proving to be harder than she thought. Especially since she’s developing feelings for her handsome client. But just when things seem to be going in the right direction, Sally’s secret could destroy everything she worked so hard for.

“Delightful! Love is Lovelier the Second Time Around!”
⁓ Susie Cat Reviews
“GREAT story! GREAT read!”
⁓ Guy Bernard
“Love it! It was such fun to read and the characters were so real.”
⁓ Caribbean Bookworm
“Funny and fun!”
⁓ Pink Curls
“Rich Amooi does it yet again! AN AWESOME BOOK!”
⁓ Lisa Myers
“Had me laughing from page one.”
⁓ Living Life With Joy
“An amazing romantic comedy.”
⁓ Ash P Reads
“This book should be made into a movie.”
⁓ Love All Books